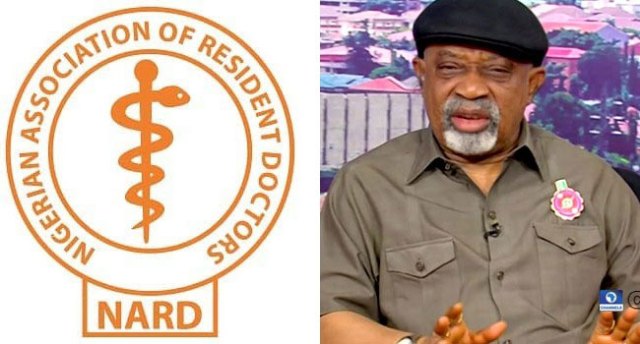 The federal government has directed the Nigerian Association of Resident Doctors (NARD) to withdraw its notice of strike.

The doctors had embarked on a strike on April 1 to protest the failure of the government to fulfill an agreement signed with the union.

NARD later suspended the strike on April 10, following the signing of a new agreement with the government, concerning issues raised in a 13-point demand.

Addressing a media briefing on June 24 after a meeting of NARD’s national executive council (NEC), Uyilawa Okhuaihesuyi, president of the association, said the doctors had given the federal government four weeks to meet all their demands.

But speaking on the development at a media conference yesterday, Chris Ngige, minister of labour and employment, said the resident doctors and the Joint Health Sector Union (JOHESU) — which had also threatened to go on strike — have been asked to withdraw their notices of the strike.

“I told them to withdraw because it is arm-twisting. It is not allowed in International Labour Organisation collective bargaining agreement (CBAs) negotiation. So, we expect them to withdraw those notices they gave,” Ngige said.

“JOHESU gave 15-day ultimatum with effect from June 28. NARD gave 28-day ultimatum from when the day they had their national executive council meeting.

”Those things are arm twisting and I told them that they must withdraw them because the issues they are bringing in here are tangential issues. They have nothing to do with this discussion on fixing a new hazard allowance for health professionals and workers.”

According to NAN, the minister said the federal government had given enough time for the Nigerian Medical Association (NMA) and JOHESU to harmonise their different positions on the hazard allowance, but both associations have not able to do so.

He said the matter would be returned to the National Salaries, Wages and Incomes Commission (NSWIC) and the presidential committee on salaries to decide on the new hazard allowance for health workers.