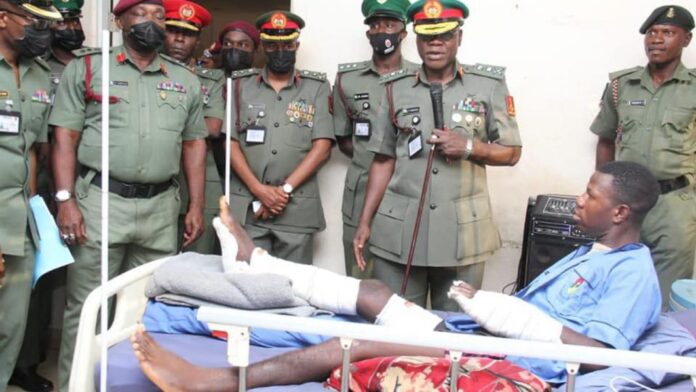 The Nigerian Army says nine of its officers were injured in an accident that occurred along the Maiduguri-Damaturu highway.

Onyema Nwachukwu, the army spokesman, confirmed the incident in a statement yesterday.

According to Nwachukwu, the soldiers were responding to a distress call on Thursday, when the gun truck they were traveling ran off the road. 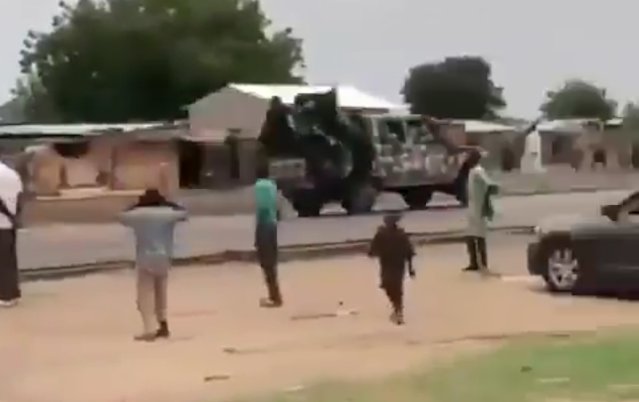 The army spokesman said no fatality was recorded, while the injured officers are currently receiving medical treatment. 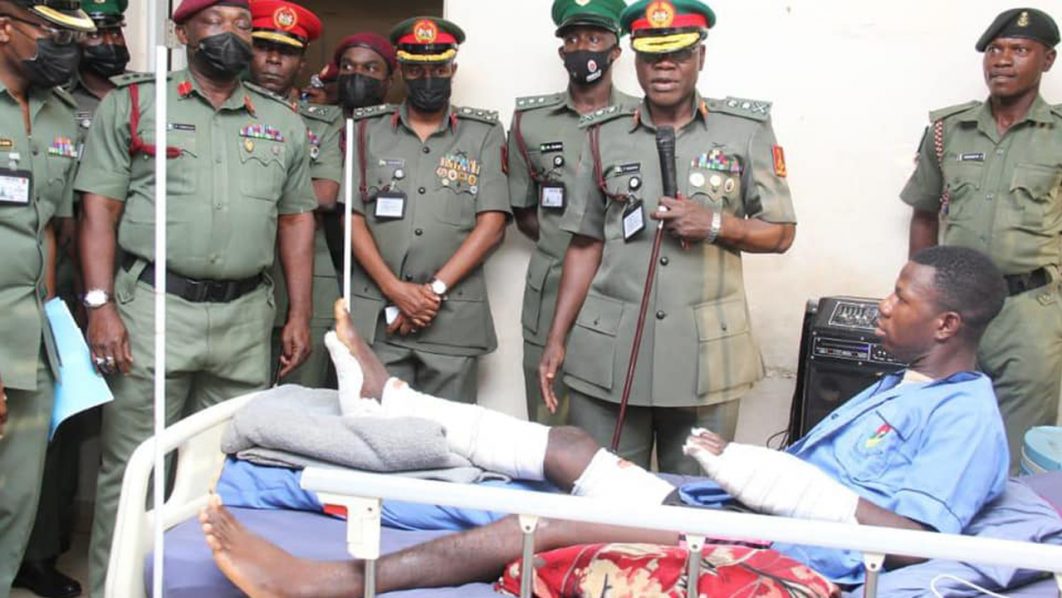 “The Chief of Army Staff (COAS), Lt Gen Faruk Yahaya, has commiserated with troops who were involved in a road traffic accident on Thursday, 8 July 2021, at Garin Kuturu, along Maiduguri-Damaturu road, while responding to a distress call,” the statement reads.

“Sadly, one of the gun trucks conveying the troops skidded off the road and rammed into a road shoulder, causing the vehicle to somersault.

“Nine personnel who sustained varying degrees of injury in the accident have been evacuated and are currently receiving medical attention in a military medical facility.

No fatality was recorded in the accident.”

Nwachukwu added that the army chief commended the troops “for their swift response and urged them to be more circumspect during emergency operational responses”.