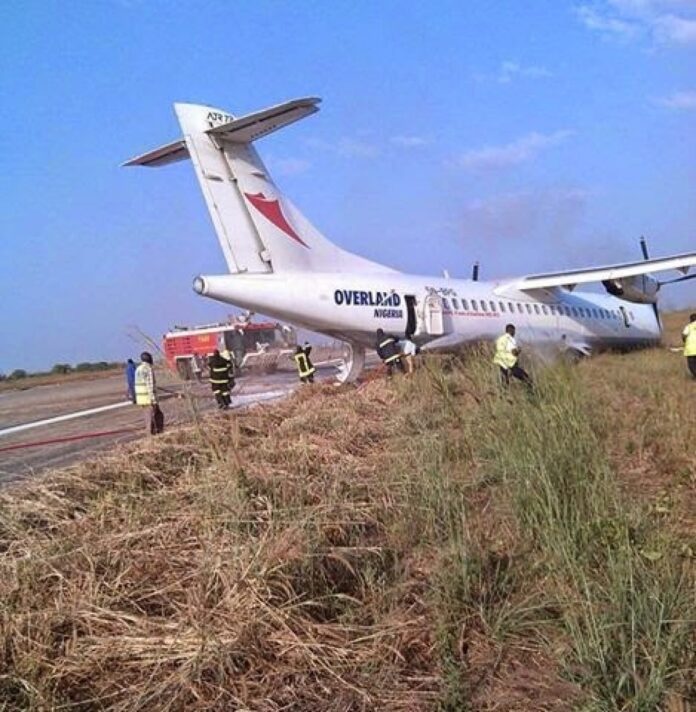 Following crash-landing by an aircraft in the fleet of Air Peace, the runway of the Ilorin International Airport has been closed to traffic.

Many passengers, including some highly-placed Nigerians, narrowly escaped death.

All flights to Ilorin have also been canceled until the evacuation of the plane.

According to investigation, the aircraft crashed around 9.30am on Friday morning upon landing in Ilorin from Abuja.

The plane had tyre burst and a bang which affected the cabin with luggage falling on passengers.

It was gathered with the impact of the crash, the plane could not taxi to the tarmac.

In the last 24 hours, the runway of the airport had been closed to traffic.

But all the traumatised passengers were successfully evacuated from the runway.

As at the time of filing this report, efforts were being made to relocate the plane from the runway.

It was learnt the process of moving the plane from the runway was slow because, according to a source, “it is a bigger aircraft and we have no equipment.

” We are in the process of removing the aircraft. We have been on it for 24 hours,” the source added.

But the Federal Aviation Authority of Nigeria(FAAN) and other agencies offered to keep the incident under wraps.

“We were directed to manage the situation,” the source said.