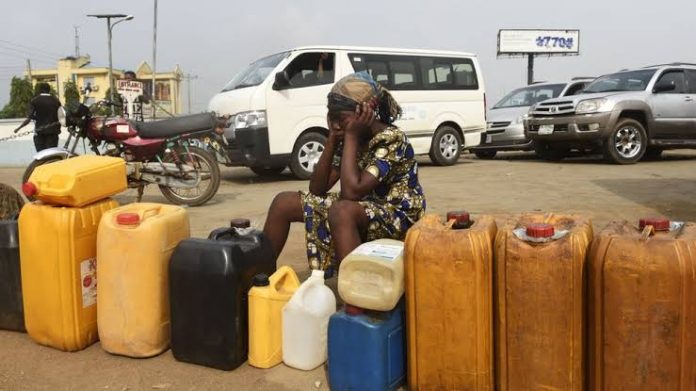 Festus Ogun, a Lagos-based legal practitioner, has filed a suit against President Muhammadu Buhari over the recent petrol scarcity in the country.

In February, the Nigerian Midstream and Downstream Petroleum Regulatory Authority (NMDPRA) had confirmed that petrol with methanol content above national specification was imported into the country.

Amid efforts to recall the off-spec petrol from circulation, the supply chain was disrupted, causing long queues at filling stations until April.

Among the reliefs sought, he is asking the court to declare that Buhari’s dual position as president and petroleum minister is unconstitutional.

In a statement on Monday, he also claimed that the petroleum sector has not been run efficiently.

“I solemnly believe that the gross inefficiency and mismanagement in the petroleum sector, that led to the fuel scarcity, is avoidable if the president was not holding the dual position of petroleum minister in violation of Section 138 of the 1999 Constitution,” the statement reads.

“I believe that the president’s continuous serving as petroleum minister is not only illegal and unconstitutional, it is inimical to our economic growth and likely to occasion future scarcity and inefficiency that will affect the country and its good people.

“I make bold to say that it is practically and legally impossible for the President to hold his elected position, that comes with enormous responsibilities, contemporaneously with the position of petroleum minister. It has no basis in law, logic and politics.

“If Nigerians suffered that heavily during the fuel scarcity, the president must be answerable for it. There must be consequences.

“And as a citizen of this country, I believe we must avert a reoccurrence; whether under this regime or in future administrations.”