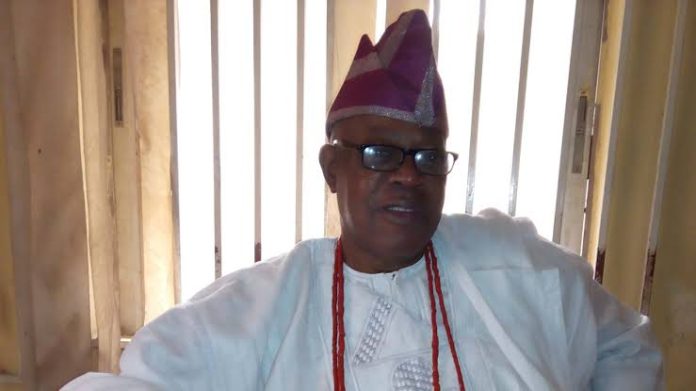 Michael Lana, a former attorney-general of Oyo state, says Lekan Balogun, a former senator, is unfit to be crowned as the next Olubadan of Ibadan.

Saliu Adetunji, the Olubadan of Ibadan, breathed his last at the University College Hospital, Ibadan, in the early hours of yesterday.

The monarch, who was the 41st king of the ancient city, has been buried according to Islamic rites.

Following the death of the monarch, Balogun who is currently the Otun Olubadan is next in line to be king.

However, in a letter dated January 3, and addressed to Seyi Makinde, Oyo state governor, Lana said installing Balogun as king will amount to an “aberration and illegality”.

The lawyer said Balogun, some high chiefs and Baales were illegally conferred with their titles by Abiola Ajimobi, former Oyo governor.

“Kindly note, your excellency, that your predecessor in office, without thinking at the legal effects of his actions on the future of Ibadan traditional institution, conferred the title of Obaship on some high chiefs and Baales and gave them the right to wear beaded crowns and coronets in 2017,” he said.

“This action was challenged in suit No. M317/ 2017-high chief Rashid Ladoja V the governor of Oyo state.”