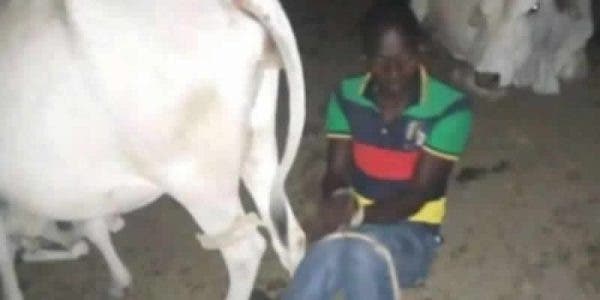 A man has left residents of Kinyach in Baringo North sub-county of Kenya in shock after being caught engaging in a sexual act with a cow.

Jackson Kakugo who is in his early 20s, is said to have entered one of the cattle shades of his neighbour at night where he removed all his clothes before engaging in the bizarre act.

The cattle shade owner said he thought the the man was a thief who wanted to steal his cows but after interrogation, he confessed that he was there to have sex with a cow.

Kinyach Sub location, Chief Eric Chebet confirmed the incident and also disclosed that the man was released after elders caned and pardoned him.

Chebet said; “I asked him what forced him to do something like that and he blamed the devil.”