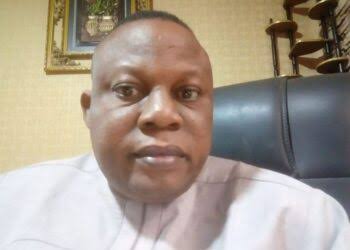 The trial of the Chairman, Natural Oil and Gas Suppliers Association of Nigeria (NOGASA), Fatuyi Yemi Philips, before an Ikeja Special Offences Court, yesterday, continued with the Economic and Financial Crimes Commission (EFCC), calling on its 3rd prosecution witness, Aramide Amore, to testify.

Philips had before this time been arraigned by the anti-graft agency before the court presided over by Justice Mojisola Dada, over alleged fraud to the tune of N43.5m.

He was specifically docked alongside his company, Oceanview Oil and Gas Limited, on a two-count charge bordering on obtaining money by false pretence to the tune of N43.5 million.

But the NOGASA boss pleaded not guilty to both charges.

While being led in evidence by the EFCC’s lawyer, the witness, who is an operative of the Commission, confirmed that Philips, who is the Managing Director (MD) of Oceanview Oil and Gas Limited, received the said sum through the corporate account of his firm domiciled in Zenith Bank, for the purposes of getting its dollar equivalent of $98,870,00 (Ninety-Eight Thousand United States of American Dollars), which never got to the victim, Elochukwu Okoye.

According to Amore, “The sum was paid into the Zenith Bank Account no: 1013196966 belonging to Oceanview Oil and Gas Limited. The money was paid in three tranches.

“On March 29, 2017, the Commission got a petition with attachments alleging that the sum of N43.502m was paid to the Defendant for the purposes of getting its Dollar equivalent of $98,870,00 (Ninety-Eight Thousand United States of American Dollars).

“The said sum was paid into the Zenith Bank account no: 1013196966 belonging to Oceanview Oil and Gas Limited.

“The petitioner further stated that after the monies were paid, he never got the value of the Dollar as agreed upon.

“Upon receipt of the petition, my team swung into action and commenced an investigation. Letters of investigation activities were written to Zenith Bank, Skye Bank, and First City Monument Bank. Responses were also received from the banks.

“The petitioner was invited and made his statement affirming the content of the petition. As the investigation progressed, the Defendant was arrested and put down his statement under caution where he stated that he received the sum and that he contacted one Olumide Adegbite who is to give him the Dollar equivalent.

“In his statement, he added that he transferred N40m to the account of FUNBOTEK Nigeria Limited, expecting to get the equivalent in Dollars from Adegbite.

“Furthermore, Adegbite was arrested and confronted with the allegation. In his statement, he claimed he had given Fatuyi Philips the Dollar equivalent and produced documents to back his claims.

“Adegbite presented transaction receipts signed and thumb printed by the Defendant, stating that he had collected several amounts of Dollars totalling $190,000

“During the investigation, we contacted many Bureau De Change (BDC) operators whom we have traced monies to between themselves and the Defendant.

“The BDC operators claimed that they had received cash in Dollars from the Defendant and were instructed to pay the Naira equivalent into the FCMB account no: 2048726017 belonging to Oceanview Oil and Gas Limited.

After the testimony of the EFCC’s investigator, Justice Dada adjourned until February 12, 2023, for the continuation of trial.

“Philips and Oceanview Oil and Gas Nigeria Limited, on or about the 28th day of September 2016, at Lagos within the jurisdiction of this Honourable Court stole the sum N43,502,000.00 (Forty-Three Million Five Hundred and Two Thousand Naira) property of WAPCIL Nigeria Limited.

The defendant, however, pleaded not guilty to both charges.