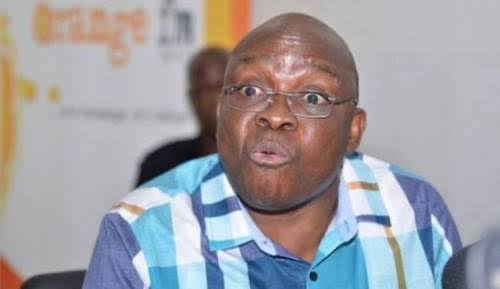 Ayodele Fayose, former governor of Ekiti, says the election of officers at the south-west zonal congress of the Peoples Democratic Party (PDP) was a “scam”.

Fayose made the allegation when he featured on Politics Today, a Channels Television Programme, yesterday.

On Monday, the party held a congress to determine its zonal leaders in the region, after a series of postponements and leadership tussle.

The congress was expected to lay to rest the leadership tussle between Fayose and Makinde, who were at loggerheads over who controls the party in the zone.

At the much-awaited congress in Osogbo, Taofeeq Arapaja, a former deputy governor of Oyo state who was backed by Makinde, won the PDP south-west chairmanship seat with 343 votes to defeat Eddy Olafeso, the immediate past national vice-chairman (south-west) — and a candidate of Fayose — who polled 330 votes.

He, however, noted that he has accepted the outcome of the election and embraced Makinde, not because he was defeated but for the advancement of the party.

“For me, as to that election, it was a scam but I must agree as a leader of the PDP. I have been working for this party. I am one of the voices that cannot be forgotten in the PDP,” he said.

“And I will not sit down here and say because of 13 votes, because of manipulation, the party must not move forward.”

During the interview, the presenter showed Fayose a video, which was said to have been recorded before the election, wherein some men were threatening to kill the former governor if he comes to the venue of the congress.

Reacting, the former governor claimed that those threatening to kill him are thugs from the road transport workers union in Oyo, adding that the video depicts the kind of characters behind the Oyo governor.