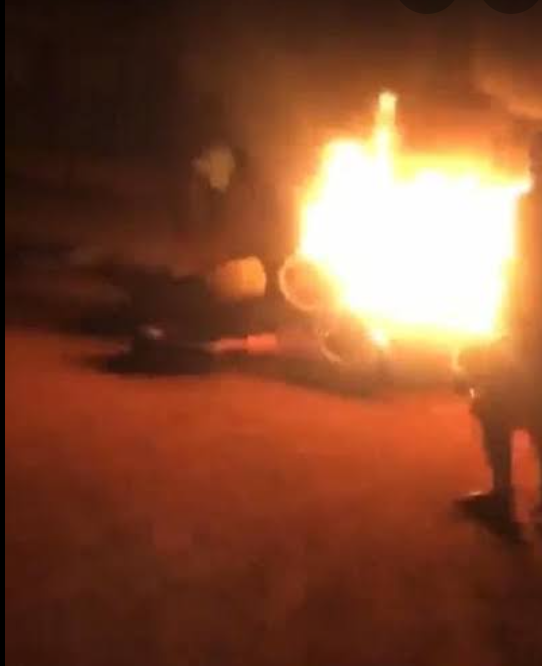 There is tension in some areas in Osogbo, Osun state capital early this morning as some youths suspected to be internet fraudsters, (Yahoo boys) were said to have resisted arrest by alleged operatives of the Economic and Financial Crimes Offence Commission.

It was gathered the EFCC operatives sneaker in the state capital to arrest suspected fraudsters but were waylaid on their way out after arresting some suspects and seized about 20 exotic cars.

The operatives, it was gathered had to run into safety to avoid being mobbed by the angry youths, who set bonfire at Lameco junction in the state capital.

“We are aware of the situation, we are now trying to appease the protesters and clear the bonfire so that people can go about their lawful duties without fear of harassment”, she said.