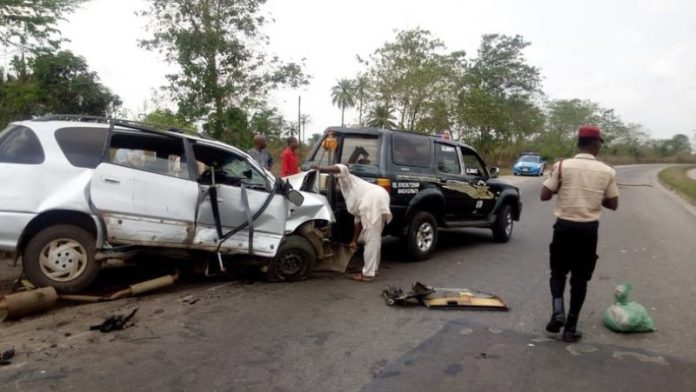 The driver of a tricycle who was also involved in the accident and four occupants of the Lexus jeep sustained various degrees of injuries during the accident which occured yesterday.

It was learnt that the deceased mechanics were fixing a broken-down truck along the expressway when they met their untimely death.

Sources said the driver suspected to be a Yahoo boy was driving at top speed while returning from Effurun where he had gone shopping with his friends when he lost control and crushed the deceased mechanics.

The remains of the deceased whose bodies were dismembered have been deposited in a mortuary.

Those who sustained injuries including the suspected yahoo boy were rushed to one of the hospitals in the metropolis for medical attention.

He could, however, not confirm if the driver of the vehicle was a Yahoo boy.