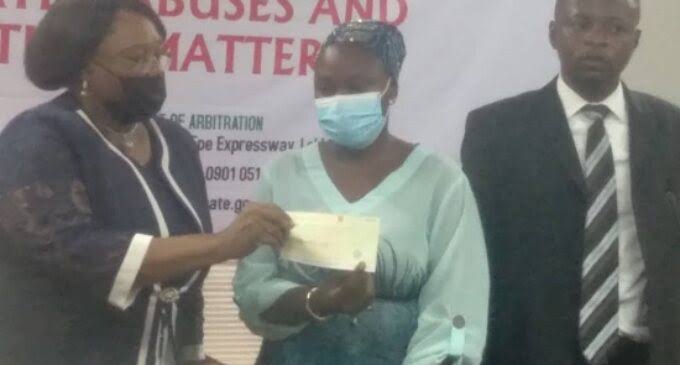 The Lagos state judicial panel has awarded a compensation of N11 million to two more victims of police brutality.

Doris Okuwobi, the panel chairperson, in a ruling yesterday, awarded N10 million to the family of late Rasheed Olanrewaju and N1 million to Adebayo Yinka.

A brother of the late Olanrewaju had told the panel that the deceased was killed by a stray bullet shot by police officers attached to Area C in Surulere, Lagos during the #EndSARS protests in October.

While ruling on the case, Okuwobi said: “An independent investigation should be conducted into the sporadic and deliberate shootings and killings of unarmed persons at Tejuosho, Aralile and its environs on the 21st of October, 2020.

“A sum of N10 million is awarded as compensation for the unfortunate death of Mr Rasheed Olanrewaju Kareem.”

Adebayo Yinka had earlier told the panel that he was arrested, detained and tortured by police officers for allegedly defrauding a woman, despite investigations showing he did not have any contact with the complainant.

Ruling on the petition, the panel chairperson said the petitioner was not found to have committed any criminal act to warrant his arrest and seizure of his car.

“The confiscation of the petitioner’s car was found to be unlawful and unconstitutional.

“The petition is entitled to compensation, the panel hereby awards a sum of N1 million in favour for the unlawful arrest, detention torture and degrading treatment meted to the petitioner by the respondent.”

So far, the panel has awarded the total sum of N68.25 million to 12 victims of police brutality.